A few weeks ago, my friend Alon Herbst told me about the first Israeli IoT (Internet of Things) hackathon that was organized and sponsored by Texas Instruments, IBM and Pitango VC. 3 days of developing end-to-end IoT applications, or what I heard when he told me about it - "3 days of vacation in order to work even harder than a normal day". Sounds very tempting indeed...

But after some discussion I agreed to go under one condition - "we're going there to win!".

We discussed some ideas and agreed that we need something that is both technological and can make a "show" on the demo day. After some ideas that revolved around babies and dogs (those things that steal the show) we decided to go with a sport training app. An app that will automatically sense your workout, figure out which exercise you do, how well you do it, how many repetitions, will track progress and will engage through gamification.
For the "show"-factor we agreed upon bringing a winners podium and medals for the demo and do a little contest.

We arrived at Afeka collage where the hackathon was held and started to work day and night.

While Alon was working on a motion analyzer algorithm (you won't believe how difficult it is to figure out a simple exercise repetition from a motion sensor and make it work in 3 days!), I worked on creating a fully real-time app that will connect to the motion detection sensors and demonstrate a real-time live competition between a few competitors. A third friend joined us and worked on the hardware stuff of configuring TI's CC3200 board to talk with IBM's cloud. For the gicky readers, here's our architecture (taken from our presenation): 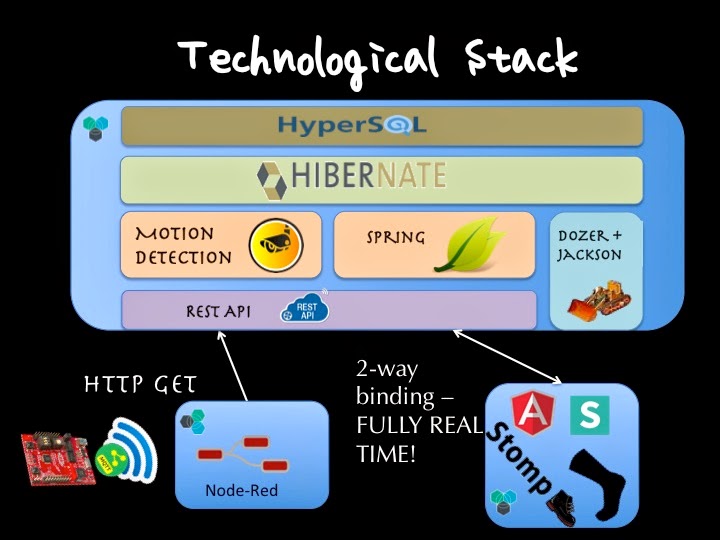 And here's a screenshot of the app:

Amazingly, after 3 days this worked!! We had 2 contestants that wore the sensors and the push-up counters counted it live.
Our little show with the medals and the winners podium helped setting up the mood and we indeed won the hackathon, together with 3 more groups that built smart lighting-poles, health-monitoring for the elders and Wifi->BLE->IR connectors, and went up to the final stage. That's when the real hard work began.

Well, the final of the hacakthon was part of the prestigious annual JournEY conference held by E&Y (Ernst & Young). This was a much more formal event and as such we had to meet a presentation coacher, to shoot a demo-video for case things go wrong, do a lot of rehearsals and basically align with the major league.

Here's the demo for the case things go wrong (unfortunately, we had to use it on the real stage):


After tons of work, the big day arrived. Instead of the plain-old-presentation that everyone is already used to, we decided to take the "show" one step further and performed a skit on stage in which I was the lazy person who can't finish his workout and Alon joins and motivates me to build this app to help me perform my workout and increase my engagement.

Everything went well. Well, almost everything. When we did the push-up contest, the WiFi broke down and the push-ups were not counted. Although it was kind of embarrassing, at the end of the contest the numbers did show up on the screen (in my mind I reminded myself that Bill Gates had a blue-screen when presenting Windows 98 and he lived. This is nothing...). And even though we were afraid it would cost us the victory we did win at the end. Well, we had to win, that was my agreement with Alon for going ;) 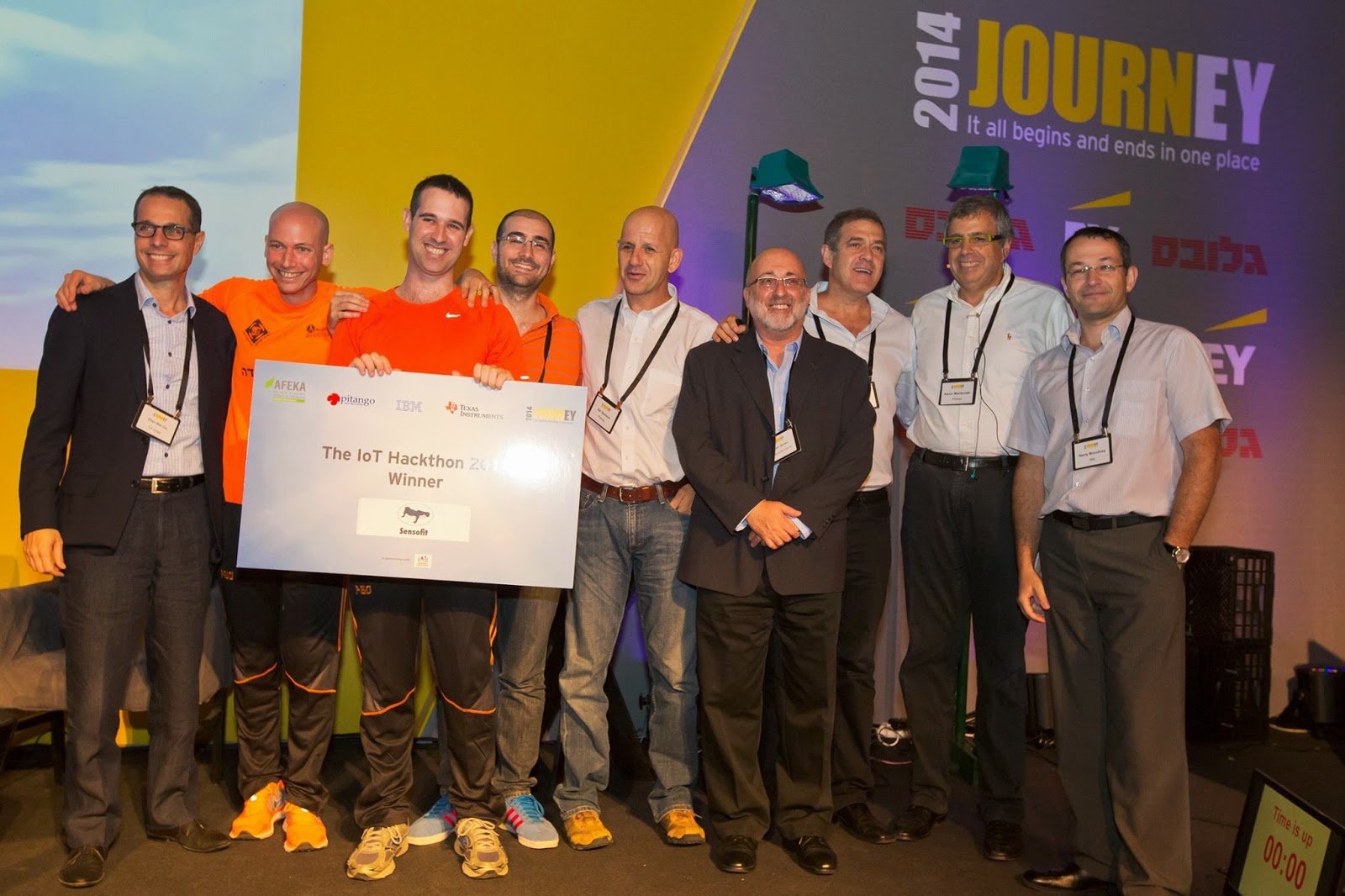 This hackathon was just an amazing experience and I thank TI, IBM & Pitango VC for organizing it and also to our hosts at "Afeka" collage and of course E&Y that gave us a very respectable stage to show-off on. And our names were even mentioned on Globes.

I can't wait for the next hackathon ;)